Vyškov: a city full of unexpected opportunities and experiences

What come to your mind when you think about Vyškov? It’s not just an exit route on D1 motorway near Brno, is it? If you just glance at this city with a population over 20,000 inhabitants from a fast moving car, you make a mistake. The city is worth a visit. You can find many interesting places there. The city has a rich history and sights as well as contemporary attractions: ZOO Park, DinoPark and Water Park, or beautiful surroundings near the city which are ideal for cycling.

However, we must mention the history of Vyškov. Its history dates back to 12th century due to its convenient location in the middle of business roads from Brno to Olomouc and Kroměříž. During hundreds of years, many historical buildings were built and they deserve your attention. 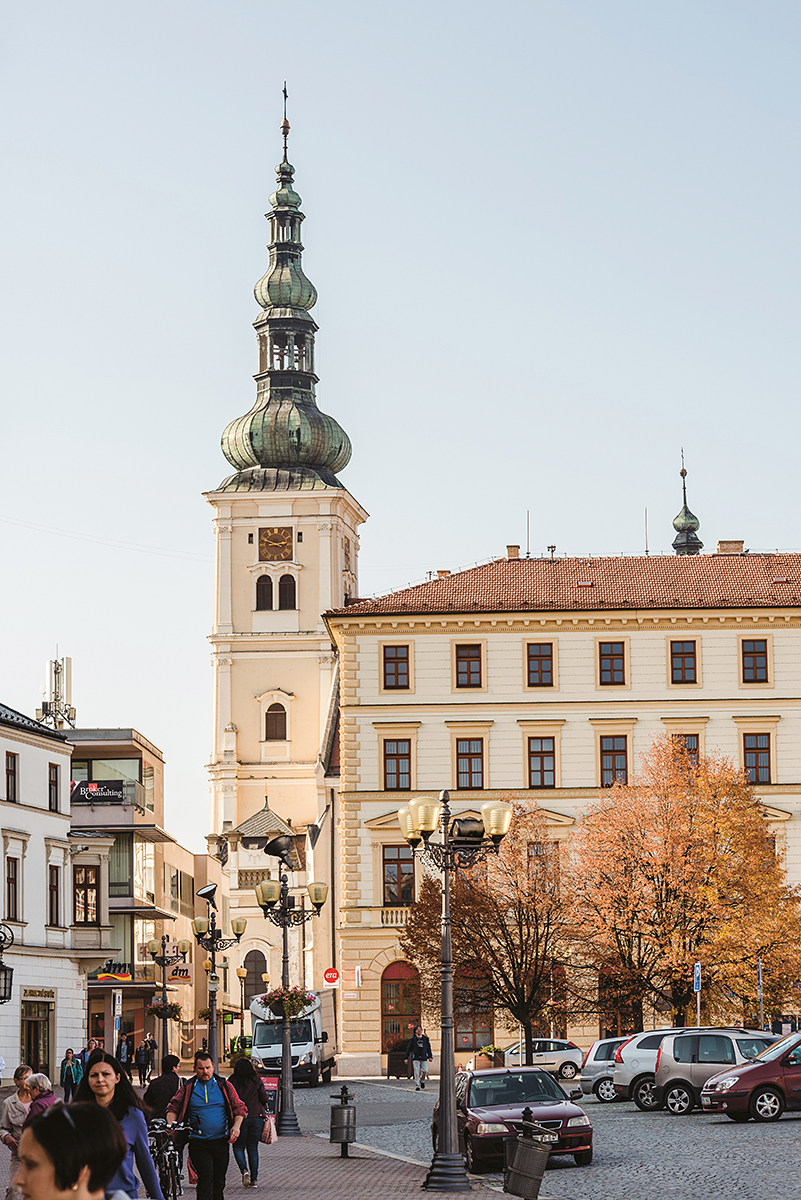 First of all, there is a local château which was rebuilt from an original gothic castle to a representative mansion of Charles of Lichtenstein-Castelcorn in 17th century. The bishop of Olomouc extended the château garden and it used to be so beautiful that it was called the ‘Moravian Versailles’. It is said, that the famous Château Garden in Kroměříž, which was accepted to the UNESCO World Heritage Sites list, was the inspiration.

The château was visited by Napoleon Bonaparte himself before the Battle of the Three Emperors. The Emperor of Russia Alexander I and the last Holy Roman Emperor Francis II even spent the night there. Nowadays, the château is a museum with eight permanent exhibitions. Together with other significant monuments such as The Church of the Assumption of Our Lady and City Hall built in renaissance style, they create a characteristic city profile.

You shouldn’t miss other beautiful sights which are the Jewish synagogue built at the end of the 19th century with its unique location in Masaryk square, the Jewish cemetery, and the fortification from the 15th century. Masaryk square has a rare triangular floor plan visible especially from the City Hall’s tower. In the square’s pavement, you can find a placed plate which reminds us that the 17th meridian east passes through Vyškov.

Don’t worry; your children will enjoy the city too. Just 10 minute walk distance from the bus and train station, there is ZOO Park with many domestic animals. You can take a special small train to see prehistoric life-size dinosaurs in DinoPark and a 3D cinema. You definitely shouldn’t miss Water Park with indoor and outdoor areas which offer swimming pools, water slides, wild stream, and other water elements. You can also visit the air museum at the local airport and see bombers, reconnaissance aircrafts, and other military equipment there.

And if you want to delight yourself with a pretty souvenir, then you should visit Metelka Liquor Shop located near Masaryk Square. The one and only shop in Central Moravia offers all Metelka’s alcoholic beverages and other brands’ superior spirits from the Czech Republic and the rest of the world.

You can find out more about which cookies we are using or switch them off in settings.

This website uses cookies so that we can provide you with the best user experience possible. Cookie information is stored in your browser and performs functions such as recognising you when you return to our website and helping our team to understand which sections of the website you find most interesting and useful.

Strictly Necessary Cookie should be enabled at all times so that we can save your preferences for cookie settings.

If you disable this cookie, we will not be able to save your preferences. This means that every time you visit this website you will need to enable or disable cookies again.

This website uses Google Analytics to collect anonymous information such as the number of visitors to the site, and the most popular pages.